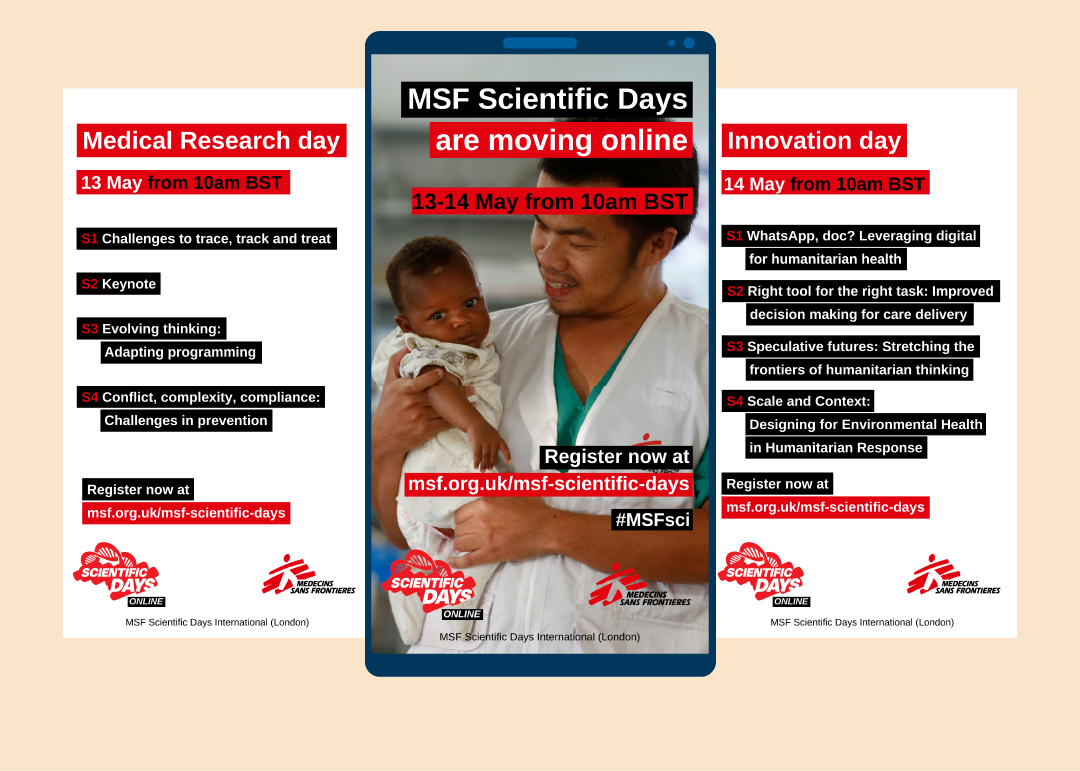 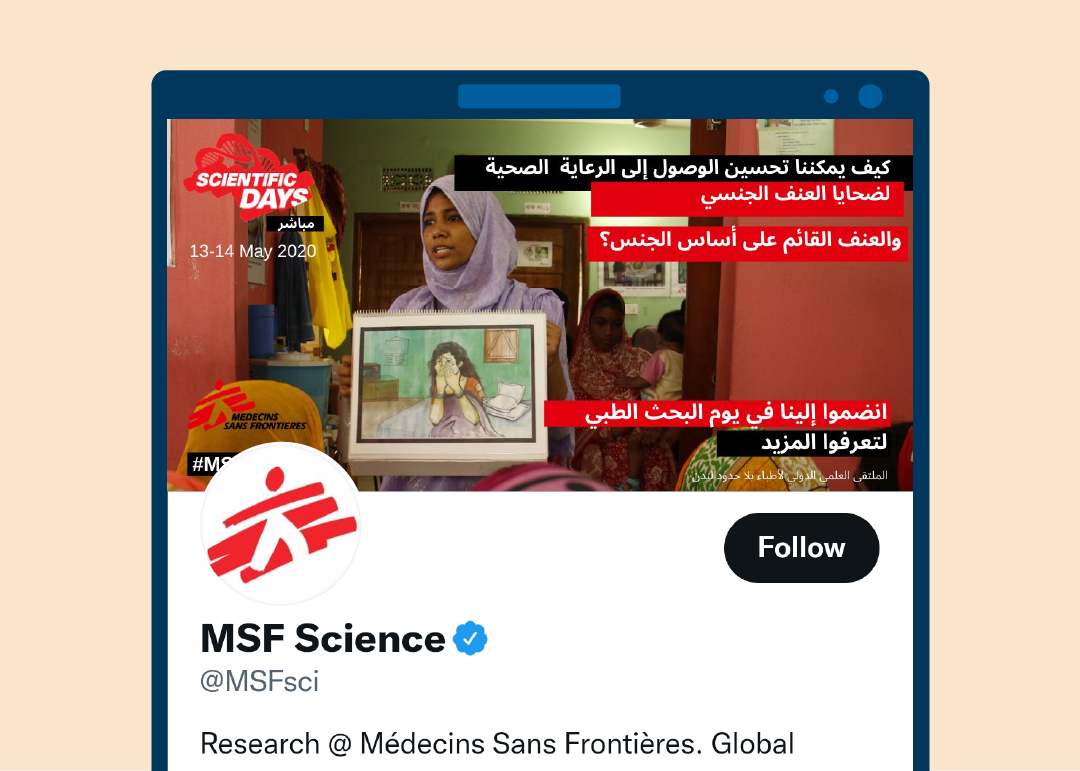 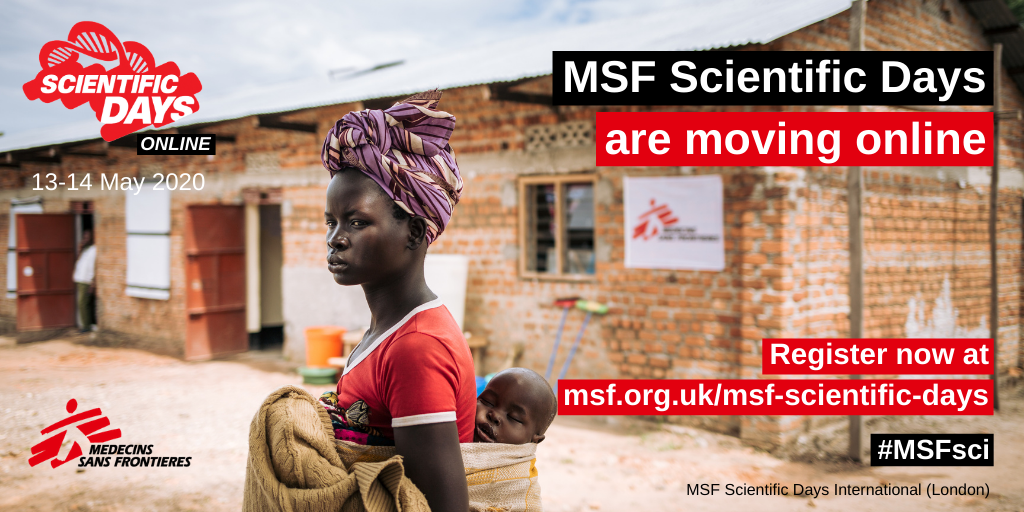 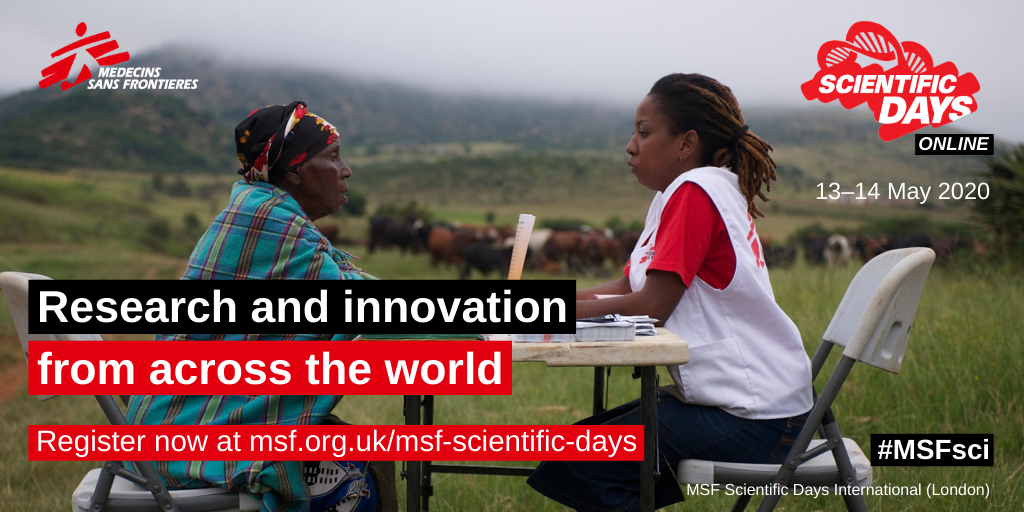 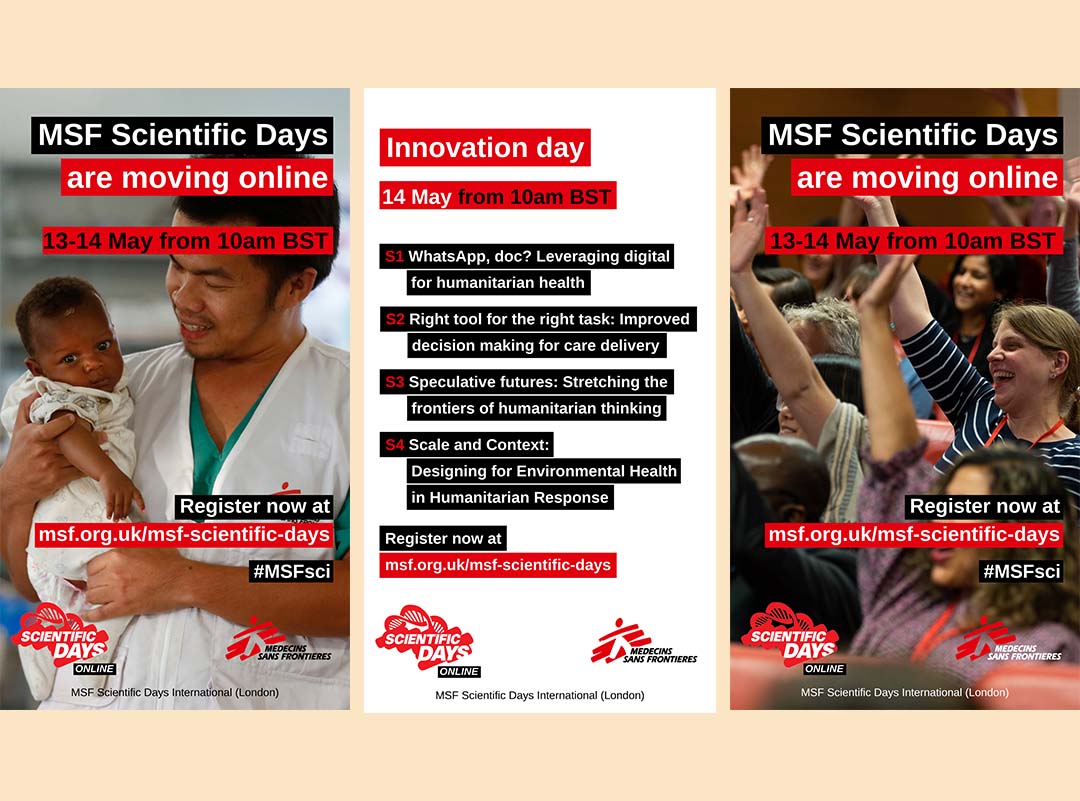 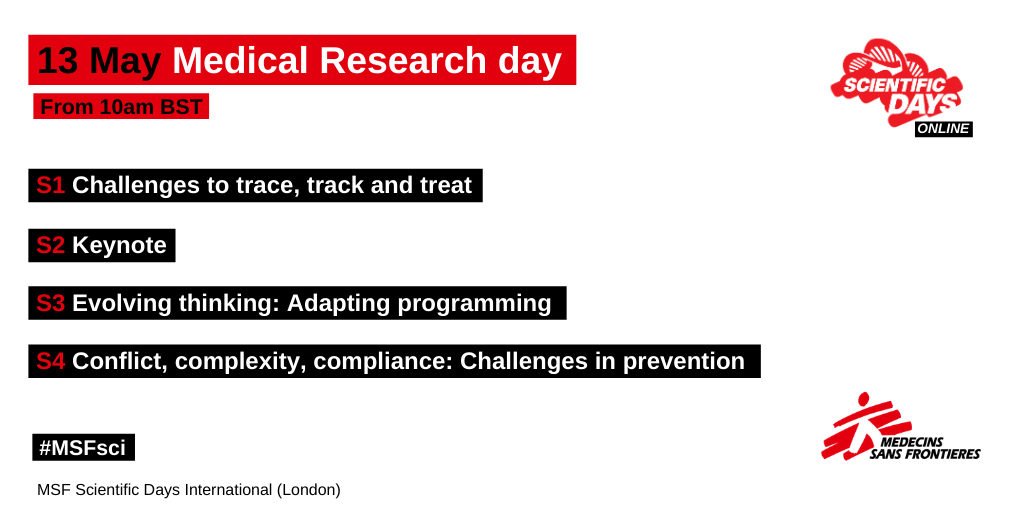 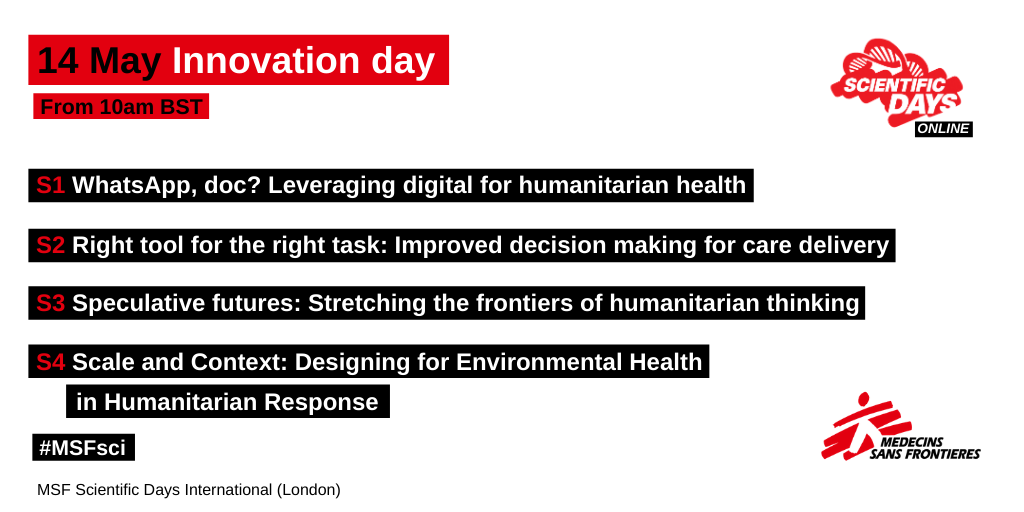 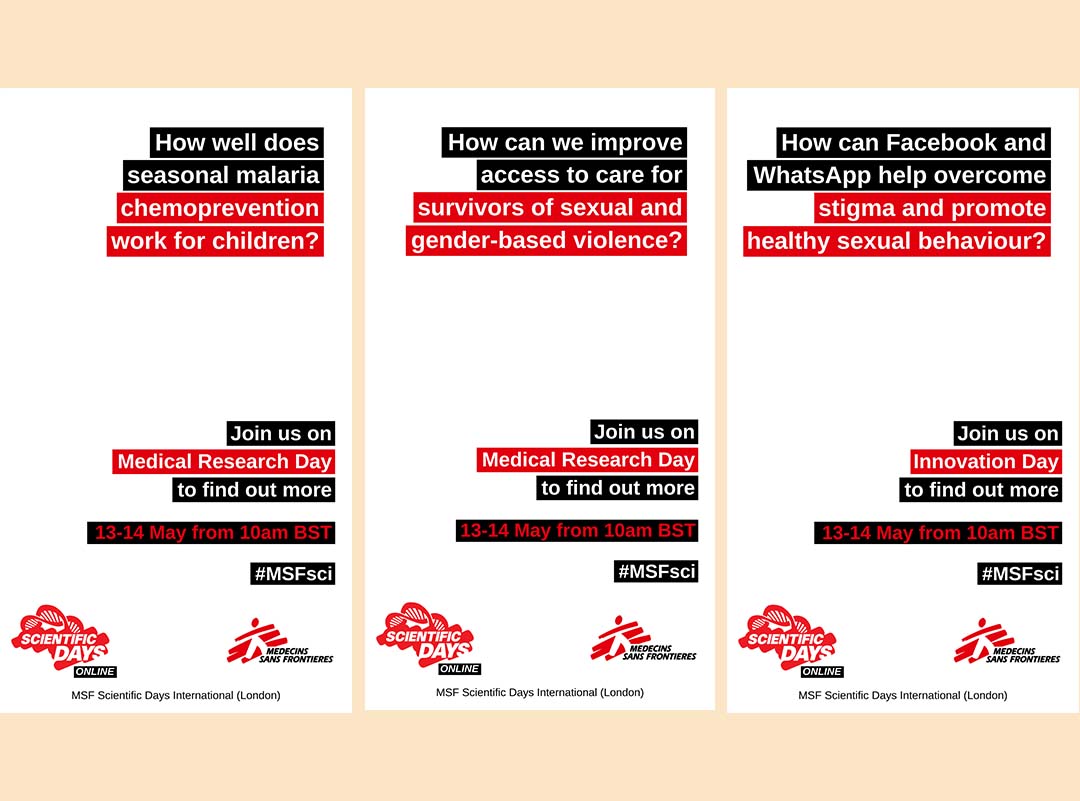 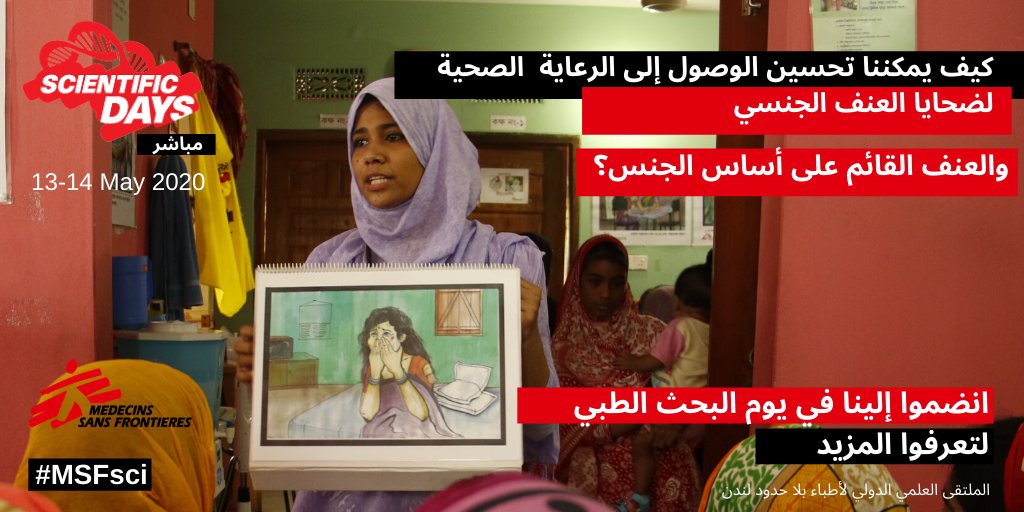 In less that six weeks, I developed and delivered the global strategy led to the best attended SciDays London ever

Every May MSF holds SciDays London, a conference of cutting-edge medicine and innovation from their global operations.

In April 2020 the UK went into lockdown. Public spaces, businesses and transport closed their doors in the name of public health.

This gave the SciDays London team less than two months to reshape the conference for an online world. As the first SciDays of the year, London had no blueprint for how to get the job done. Having worked closely with MSF for a number of years, I was asked to create the strategy that would bring a global audience to attend SciDays Online.

For years SciDays London has had an online element. It had always been a side show of the main conference, often marred with tech problems meaning it was never particularly well attended.

This meant were had to appeal to two audiences:

National staff
The global MSF team who live and work in the countries MSF operate in. Because of the online format, we had an opportunity to make National Staff the main body of the attendees.

The two had different needs – the usual SciDays marketing meant UK and Europe based attendees knew about the conference. They now needed to know what had changed and how to access the new format. They could be easily contacted through email lists and social channels like Twitter.

For National staff this would be the first SciDays conference created specifically for online access. People from across the world would be able to engage with the conference in a way they never could before. The conference would only be successful if they took advantage of the new format so we had to show them why attending was worth their while.

A major challenge with National staff is they are work in varying situations across the world. Taking learning from the 2017 Sapling Nursery project, I understood that no method of communication to National Staff is guaranteed.

Every field operation has its own quirks meaning things like computer access, Wi-Fi or even reasonable quality desktop printers might not be available to all staff. Few National Staff have an email address and those that do may not give time to non-essential emails when priorities are on saving lives.

This situation of the audience we were looking to reach meant opportunities for a top-down marketing campaign were severely restricted. If SciDays London were to be a success, we needed the network to market to itself.

We had a single in.

The one thing all National Staff teams have are WhatsApp group chats. They use them to keep in touch in developing situations, communicate across sites and quickly disseminate important info to large groups of people.

This was our way in.

We used the existing National staff networks to get the message out to the farthest corners of the world. We didn’t need to be new, we just needed to provide the right content and the network would share it for us.

I created graphics formatted for three main channels, WhatsApp for the National Staff and Twitter and email for the UK and Europe based attendees.

There were a series of messages we needed to share so with limited time I tackled the graphic creation in three phases:

As I finished one set of graphics, the MSF team shared it with the networks and we started on the next stage. This meant we could promote the conference while still creating marketing materials. This way of working kept the marketing moving rather than eating valuable time waiting on one perfect content drop.

The way we worked had an additional benefit, with the change to an online format, some speakers and panel members dropped out of the conference. A conference with no speakers is not worth attending and showing speaker lists with open TBD slots a few weeks out from the first day had the potential for embarrassment to SciDays and the wider MSF brand.

The phased approach to creating the marketing meant we could wait until the content drilldown stage before releasing full speaker lists. This gave SciDays more time to fill those slots while simultaneously promoting the conference. The way we worked was a response to the needs of the project and it allowed us to keep the viewers’ attention on the positives of the conference rather than highlighting weaknesses that may put off potential attendees.

The focus for Europe based attendees was to update them on the change in format. For Twitter, I first created an animation to highlight the move online. I made the change from London to Online a focus on the animation but kept a feel of the city in the sliding transitions which I modelled on the rhythm of the London Underground cars on the tracks.

A campaign isn’t complete without a clear call to action so, to facilitate as many sign-ups as possible, we simplified the SciDays URL and made the registration process straightforward. The sign-up page was cleared of most graphics to allow it to load quickly with slower internet – a reaction to the unknown circumstances some of the audience work in.

To tie the marketing together I created a media pack displaying all the graphics along with their intended use. Each image was a clickable link that took the viewer to the MSF database where they could quickly download what they needed. The media packs were sent to key people in the National Staff teams so they had the full range of content to share amongst the people on the ground.

The campaign was hugely popular, reaching MSF staff across the world. In Abu Dhabi, the media manager translated many of the messages to Arabic, further widening the number of people the campaign reached.

The 2020 conference had the highest attendance numbers of any SciDays London event. Over 2000 people from 30 countries attended over the two days with hugely positive feedback from people across the globe.

The campaign was an excellent example of how knowing your audience and communicating where they are leads to you hitting your goals.